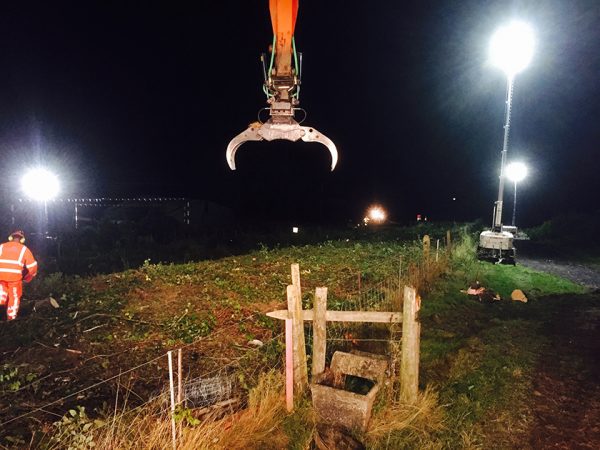 Spencer is pleased to report that it has successfully completed a railway-related project near Newtown in Powys recently. The work involved the clearance of trees and vegetation from an area either side of a section of track that formed part of Newtown’s important by-pass programme – another project where Spencer’s services have been employed.

Working in conjunction with main contractor Alun Griffiths, on behalf of Network Rail, Spencer was contracted to clear an area in order to prepare the site for the construction of a road bridge for the bypass to cross the railway. Tasks included the felling of tress and the removal of vegetation in a section situated approximately 50 metres from the eastern end of the bypass.

While this type of work is a regular activity for Spencer, the site’s location next to the active Arriva Trains operated Cambrian line that runs between Shrewsbury and Aberystwyth, meant that in order for the work close to the track to be carried out, the line was closed from 11.00pm through to 5.00am. consequently, the closure enabled Spencer to send in a nightshift team to work direct from the trackside.

To ensure maximum advantage was taken of the period the trains were not running, the vegetation that was removed overnight was stacked up a safe distance from the track, where could be collected and then taken off site for recycling during daylight hours.

The equipment used by Spencer included a 30-tonne, long-reach excavator with a timber grab attachment, two other smaller excavators to pick up and move the harvested vegetation, a chipper, tower lighting and various hand tools. An important part of the equipment inventory was the in-helmet two-way radios that enabled the Spencer team to stay in constant communication with each other, both day and night.

All of the clearance work was executed in five days and four nights and, in keeping with Spencer’s usual level of efficiency, the job was completed on time and on-budget. 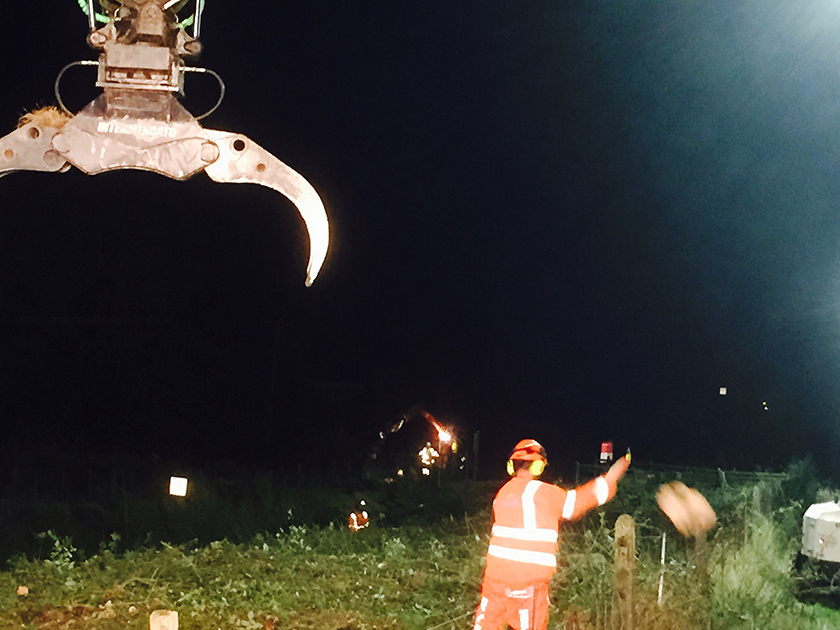 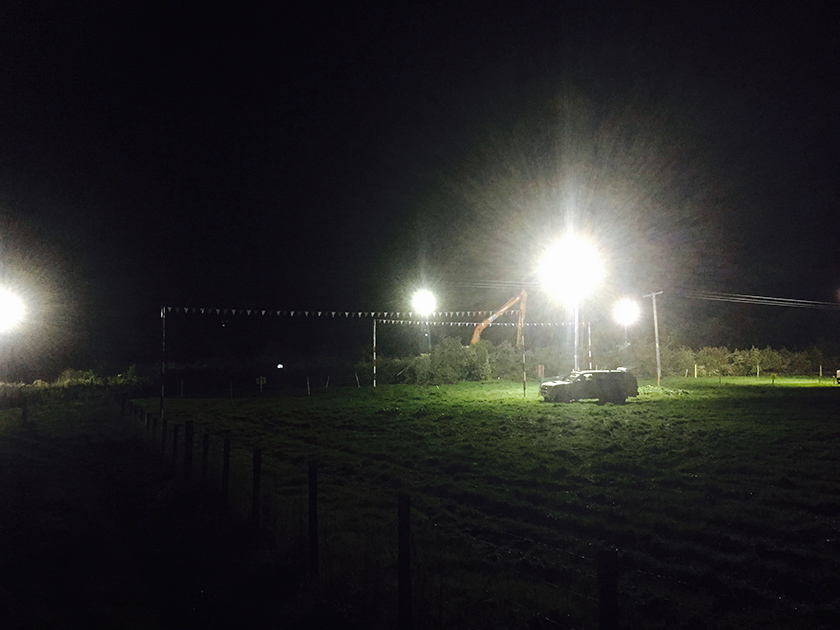