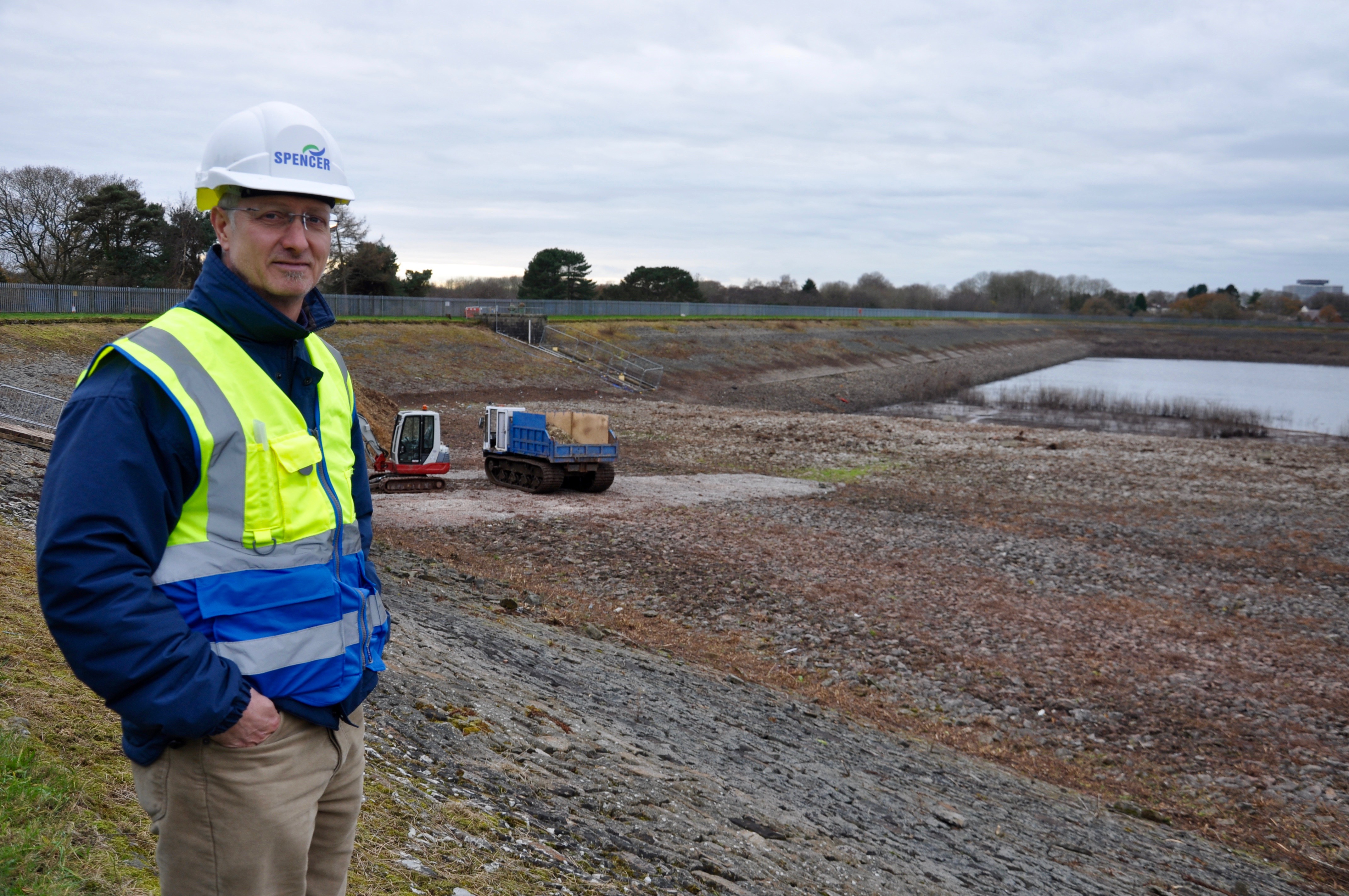 Originally completed in 1886, the Victorian reservoir was a major supplier of water to the city of Cardiff until it became redundant in the mid-1970s. With a maximum surface area of water of 23.8 hectares (59 acres) and a capacity of almost 1.5 million cubic metres, it later became the ideal home for the Cardiff Sailing Centre – and it was used for both leisure activities and supplying water to the Celsa steel works until it was drained-down in 2010.

With a new 999-year lease in place, Dŵr Cymru/Welsh Water is planning to refill Llanishen Reservoir – but after seven years of neglect, resulting in the growth of willow trees and other vegetation in the reservoir bowl, a significant and sensitive ground clearance operation is required.

The area is a designated Site of Special Scientific Interest (SSSI), due, in part, to the presence of 29 different species of waxcap fungi. That makes access to, and moving around, the site a highly sensitive task – and working with an on-site ecologist, appropriate machines and methods that limit damage to the delicate mycology within the soil are employed.

As well as a workforce of up to 10 highly-skilled land clearance experts, Spencer ECA also provides an Environmental Advisor role to the main contractor, Lewis Civil Engineering – with regular visits by Jonathan Clement BSc. MSc. MCIEEM to audit the site.

It’s the type of tricky ground clearance project that Spencer ECA excels at, with a muddy and uneven surface making the terrain a difficult place to work. Using small 3.5 tonne excavators and manual chainsaws, the trees (many as much as five metres high) have been cleared. After that, the stumps will be removed from the stonework and repairs made to the reservoir embankment’s stone pitching.

Working closely with Natural Resources Wales to ensure the site’s natural flora and fauna are protected, the 131-year old Llanishen Reservoir will be as good as new once all Dŵr Cymru/Welsh Water’s restorations are complete – thanks, in part, to the specialist ground clearance work of Spencer ECA.