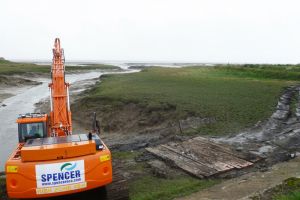 When concern was raised that a sea defence bank had become eroded by unrelenting tides, Spencer was called upon to carry out repairs.

Following two days work with an excavator and 160 tonnes of rock, the problem was resolved.

Situated near Peterstone Golf Course, midway between Newport and Cardiff, a bank alongside a wing-walled sluice gate at the head of a small tidal inlet off the Severn Estuary was reported to be showing signs of excessive wear. Consequently, representatives from Natural Resources Wales were concerned that, if no remedial action was taken, the bank would eventually collapse, the sluice gate would become blocked and the surrounding walls were likely to be destroyed.

Following a careful assessment of the site and the situation, Spencer’s team went to work. Initially, because the inlet is located in an SSSI (a site of special scientific interest), timber mats were laid over the ground the 33-tonne long reach excavator was to travel.

The repair operation began with the bank being stabilised and then prepared in order to receive and retain the rocks. Then, one-by-one, 160-tonnes of large rocks were positioned carefully in position, the method of using strategically placed rocks as a sea defence is known as Rock Armour and is a much used and highly effective way of removing energy from the encroaching tide and waves.

The Severn Estuary is renowned for its tidal forces, which meant that the Spencer crew had to plan its work around the high and low points of the water level. However, by working flat out for as long as nature would allow, the rocks were all put in place within two days.

The final process was to spread clay from the surrounding soil over the rocks to seal the surface and thereby return the affected area to a seaward facing bank – but now with the ability to better withstand the advances of the estuary tides. 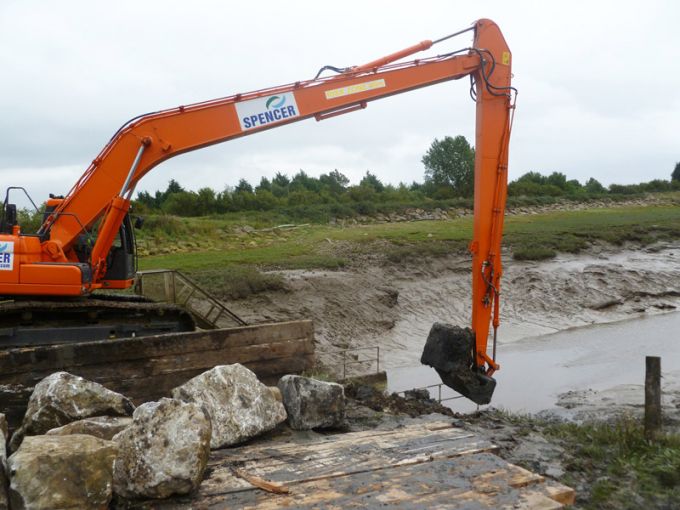 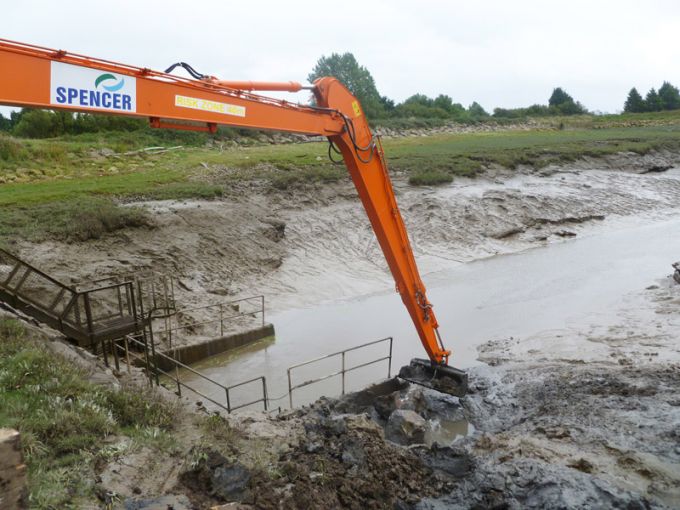 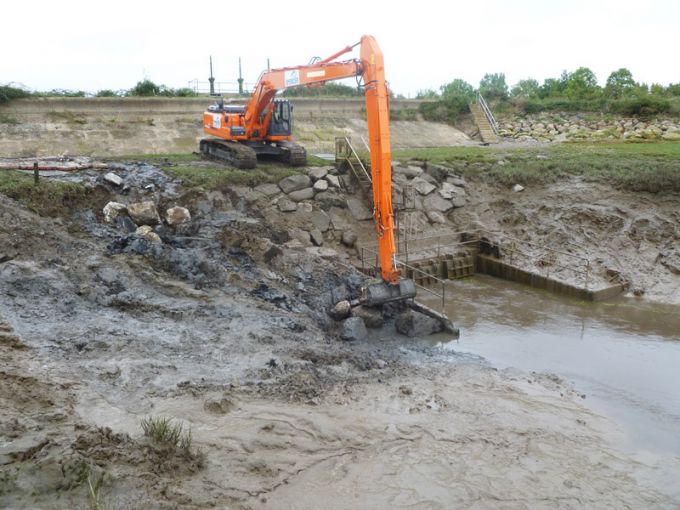 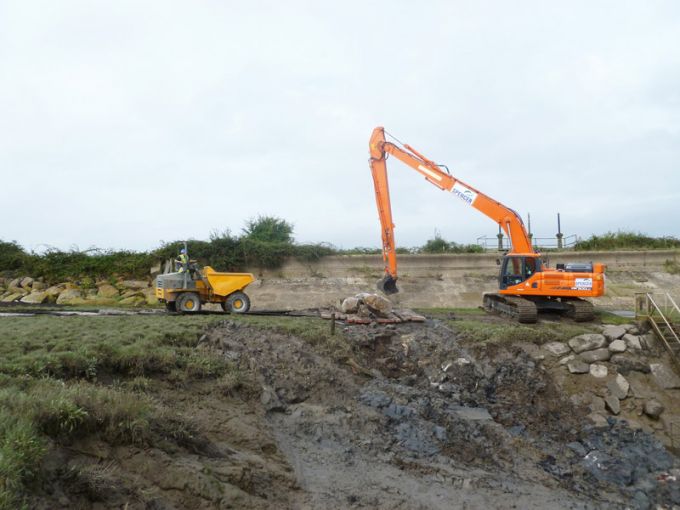 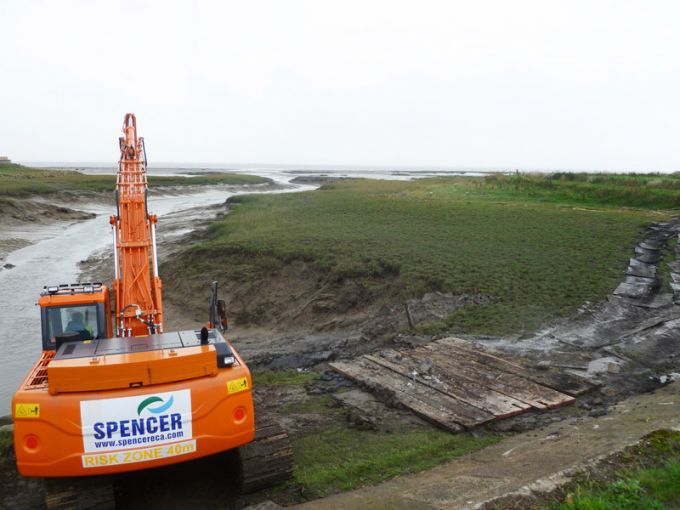 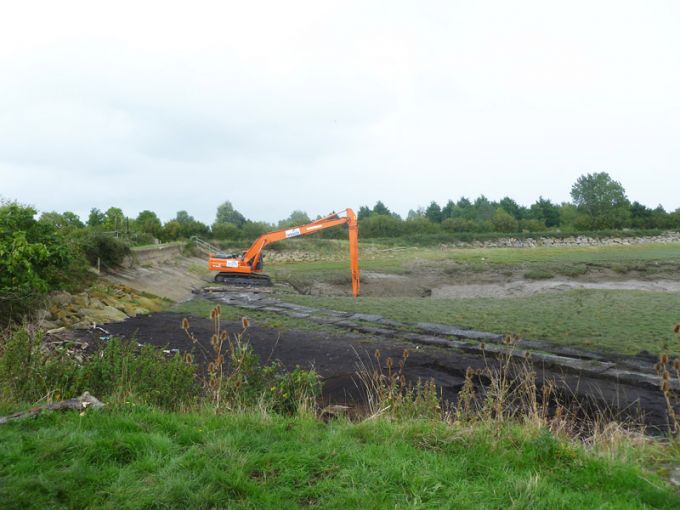 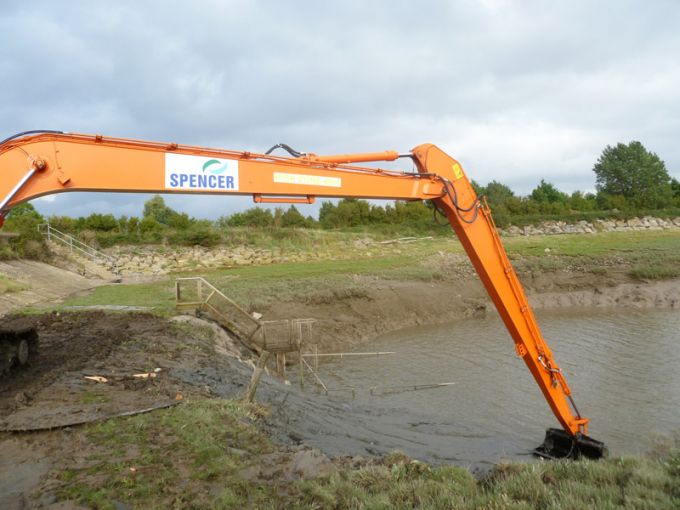