Spencer comes to the rescue 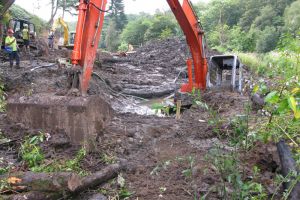 At Spencer we regularly get called on to perform a wide range of tasks. However, it is unusual to be asked to extract an excavator.

We recently had a call from a contractor saying they had been clearing out a large pond on a site near Swansea and the excavator they were using had become stuck in a boggy area. They explained that, although it looked solid enough at the time, the ground turned out to be nowhere near substantial enough to support an 18-tonne long-reach Hitachi earthmover.

The more the operator tried to extract his machine from its precarious position, the more the movement of the tracks served to make matters worse and, slowly but surely, the excavator sunk further-and-further into the soft and sticky mire, until the engine eventually ingested water. Realising the situation was now way beyond resolution, the operator abandoned ship and summoned assistance.

Over the next few days, a variety of machines attempted to extract the excavator from its muddy internment, but to no avail. Consequently, Spencer was recommended as having the expertise required to perform such a task.

Spencer’s team went to survey the state of affairs and were surprised to find that the excavator wasn’t just stuck - it was almost submerged! Fortunately for the owners of the stricken earthmover, Spencer possesses the most powerful, low ground pressure, all terrain motorised crawler winch in the UK, which is capable of anchoring and shifting 180 tonnes in a straight pull.

Initially, Spencer constructed a slipway and working platform made out of its versatile and effective timber bog mats, to allow another excavator to move in to dig an area to the rear of the bogged-in machine. With the surrounding land so water-logged, a pump was used to extract the water from the excavated pit so that a steel cable could be connected to the undercarriage of the sunken machine.

The motorised winch was positioned a safe distance away, lowered its anchor blade into the ground and the extraction process began. Within minutes the buried excavator began to emerge from its swampy surroundings and, bit-by-bit, it was winched up the slipway and onto an awaiting timber platform.

Understandably, there was a sense of relief all round, especially from the owners of the excavator, who then had a fairly significant clean up operation on their hands. 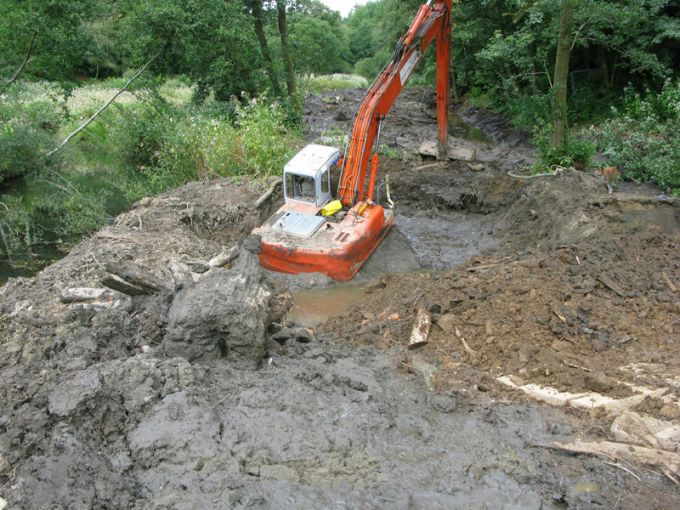 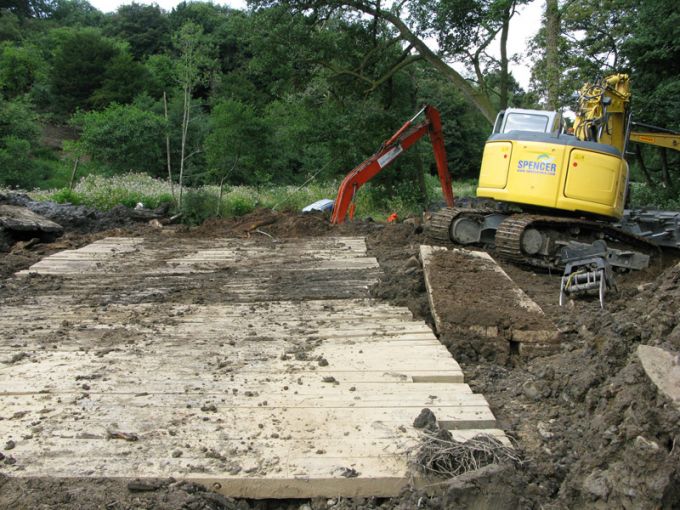 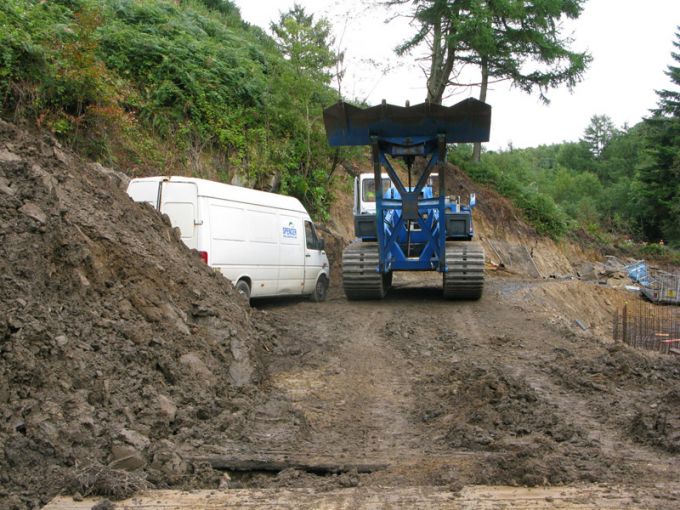 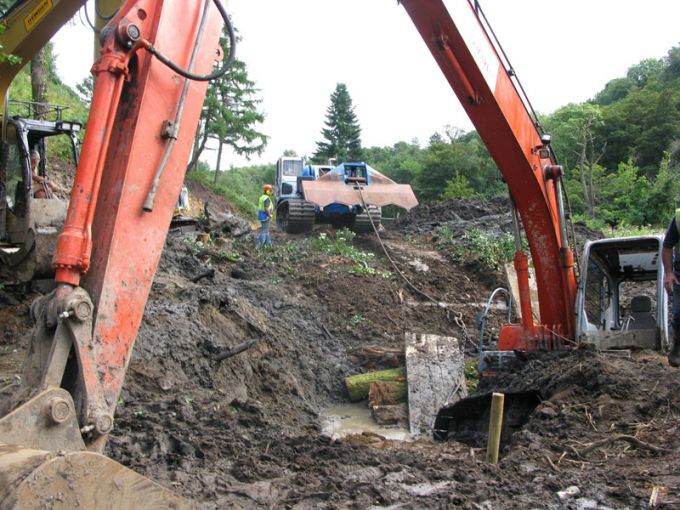 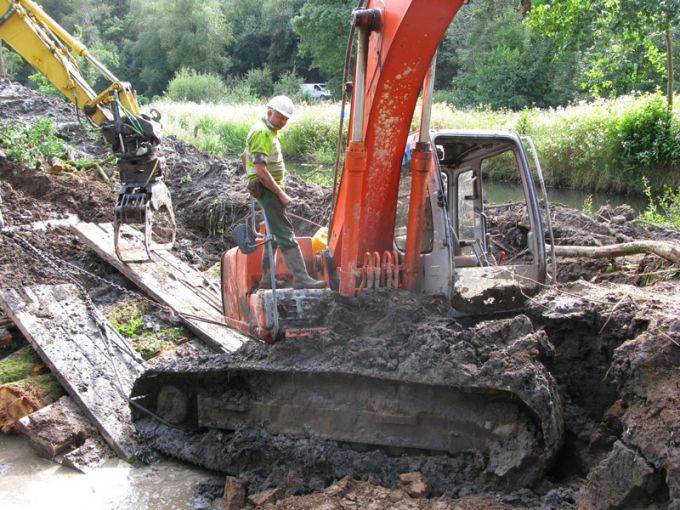 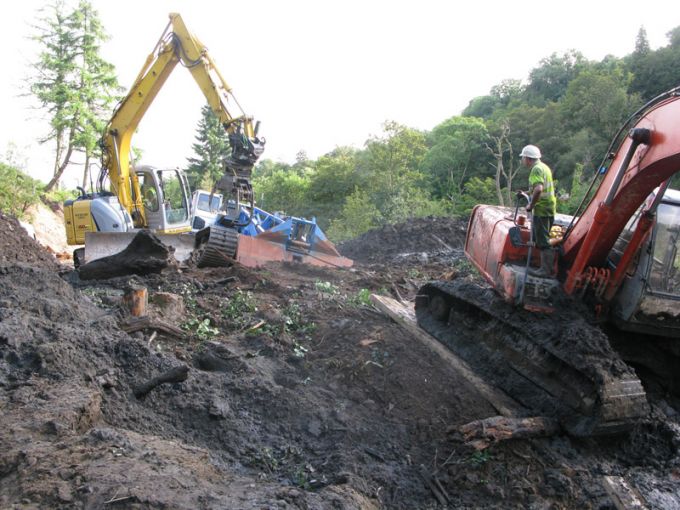 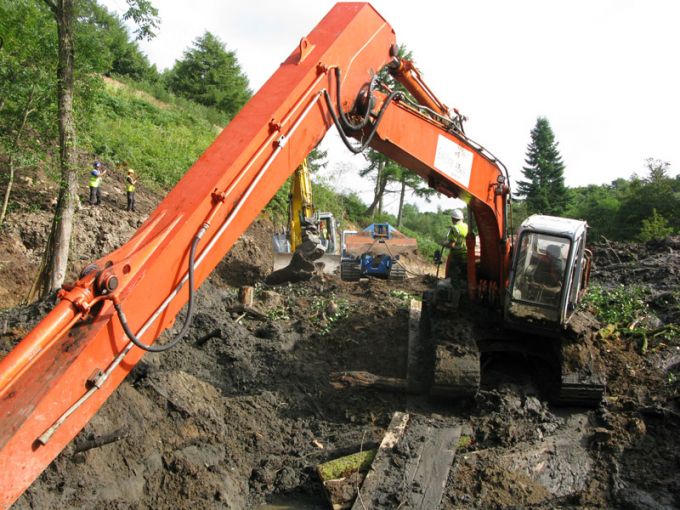 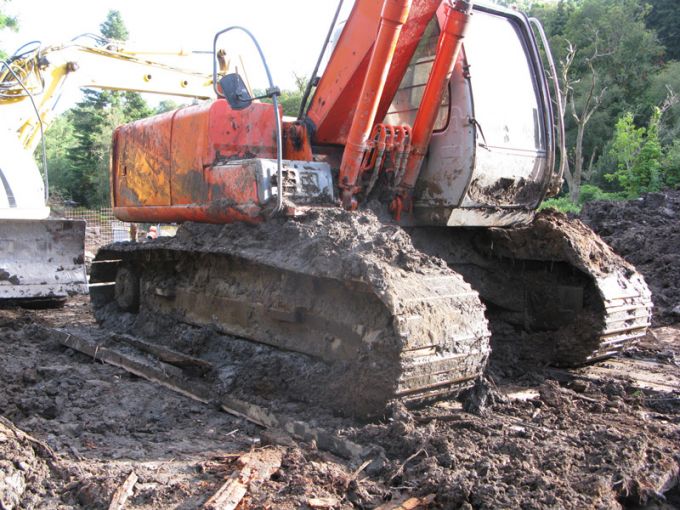