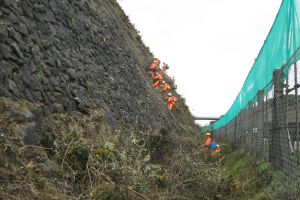 However, this one was different from most as, in addition to the usual grass and unwanted vegetation having to be cut-back and removed, this time it included silt, stones and debris that had blocked a drainage and maintenance gully by the side of the road.

The stretch of motorway in question is the infamous split-level section between junctions 19 and 20 – Avonmouth and Clevedon - on the M5, just south of Gordano Services. Working with main contractors BAM Richies, who were carrying out a contract to check and repair the rock face stabilisation anchors on behalf of the Highways Agency, Spencer was called in to assist with the clearance of a concrete gully running at the side of both carriageways.

One of the tasks included the cutting down and removal of vegetation from the steep slopes above the road, the crew having to wear harnesses and being suspended on ropes such was the angle of the incline. As they worked their way down the slope, the next task for Spencer was to deal with the overgrown gulley where, not only the debris that had fallen from above, but grass, scrub and silt had collected - plus litter and a variety of car parts that had also found their way into this narrow concrete channel.

Working in what was a relatively confined space between the slope and the motorway safety fencing, the Spencer team set about clearing the gully and removing the waste materials from site. This sometimes required working at night, to correspond with the BAM Nuttall road-crew shifts and to tie-in with traffic conditions.

From start to finish, the Spencer team spent six weeks between March and April on the site near Avonmouth and, when the work had been completed, were complimented by the contractors on a job well done. 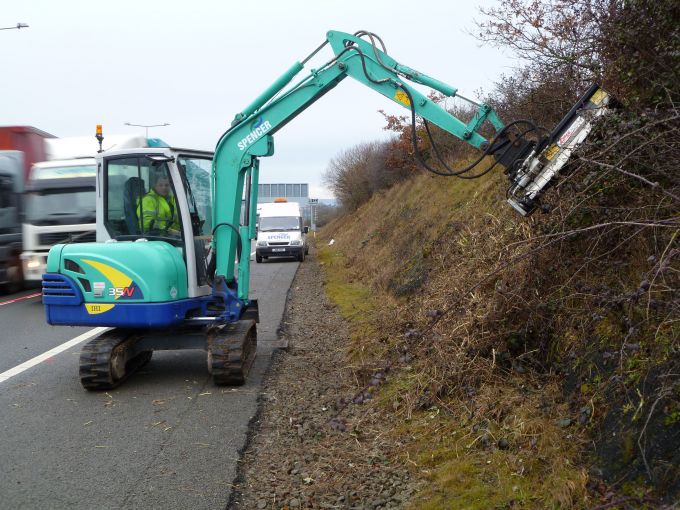 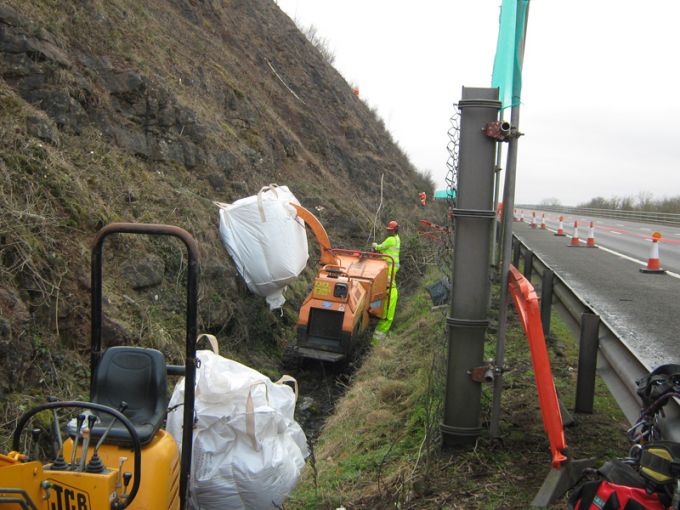 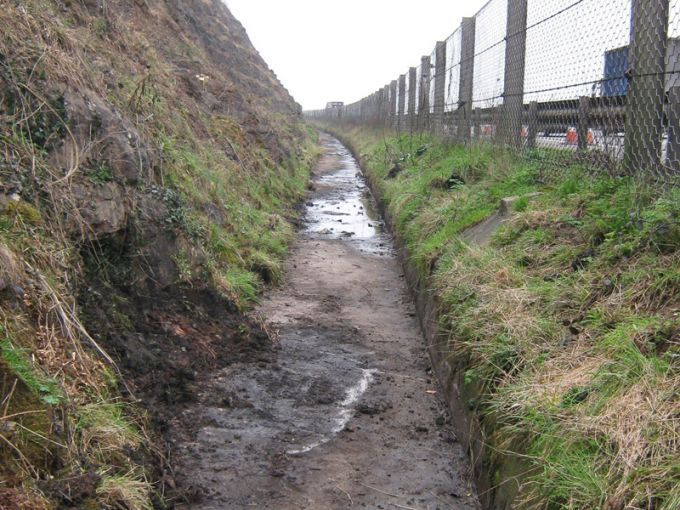 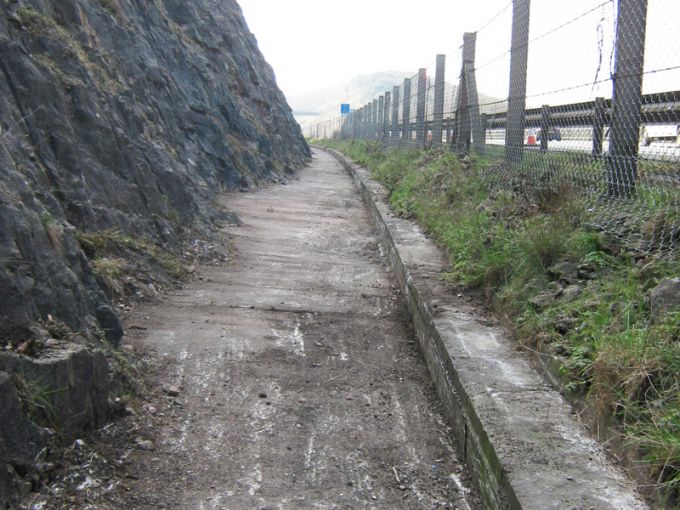