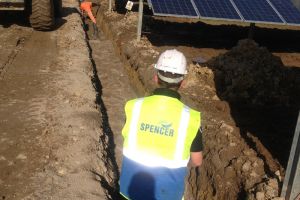 December 2012 saw Spencer carry out its first solar farm related work at Jordanston, west of Tenby in Pemrokeshire. Whilst this involved a just a small amount of site preparation and the erecting of 1500-metres of Deer-proof fencing, it was the beginning of January when Spencer commenced a more major project on a 40-acre site near Barnstaple in North Devon. This was followed in February by a 20-acre solar farm installation close to Waterlooville in Hampshire.

At both the Barnstaple and Waterlooville locations Spencer was involved from the outset. Acting as principal contractor, the work commenced by preparing the sites and carrying out extensive groundworks prior to the construction of the supporting infrastructure and subsequently, the fixing of the solar panels.

The contracts required the supply of all plant and machinery – including wheeled and tracked loaders - the siting of Portacabins for staff and storage, the erection of fences, the construction of temporary roadways and the management of waste materials – plus the all-important digging of trenches for the foundations of the frameworks and the installation of vast network of cables that will carry the power from the solar panels to the substations.

The Barnstaple project is being carried out on behalf of a German construction and engineering group that specialises in eco-friendly buildings and solar power systems.

Spencer started work at the beginning of January, initially to clear the site of unwanted vegetation and secure the perimeter with Deer-proof fencing. Then, the team proceeded to install two-kilometres of temporary roadways by laying its timber and composite access mats across the fields to minimise the likelihood of any damage caused by the movement of vehicles and plant.

Spencer then began the groundworks and prepared the rest of the site in readiness for the engineers to install the cabling, supporting framework and solar panels. It is anticipated that this eight-megawatt installation will be completed and fully functional by early March.

It was Spencer’s work with the North Devon solar farm that led to its involvement with the East Hampshire scheme, albeit this time on behalf of a different client.

In this case, the area allocated is approximately half that of the Barnstaple location and, whilst Spencer hasn’t needed to carry out any site clearance, the company is once again responsible for the fencing, the supply and installation of the temporary buildings and roadways, the provision of plant and machinery, waste management control, plus the cutting of trenches and all other groundworks.

Work begun at the Waterlooville site mid-February, with completion of this five mega-watt facility targeted for mid-April.
Following its involvement with these three installations, Spencer hopes that the increased interest and investment in solar farms across the UK will lead to many similar contracts in the future. For further details about this and Spencer’s full range of land management and construction industry support services, visit: www.spencereca.com 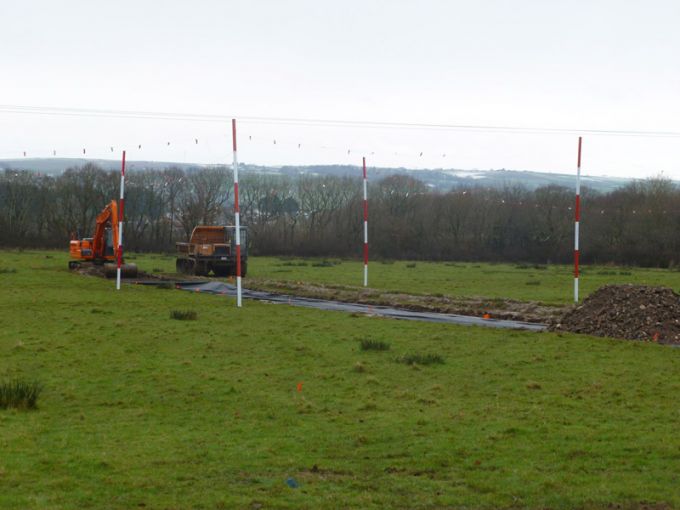 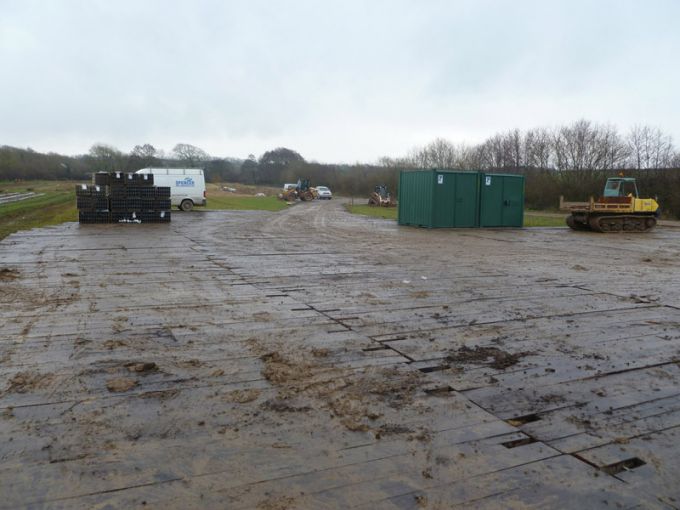 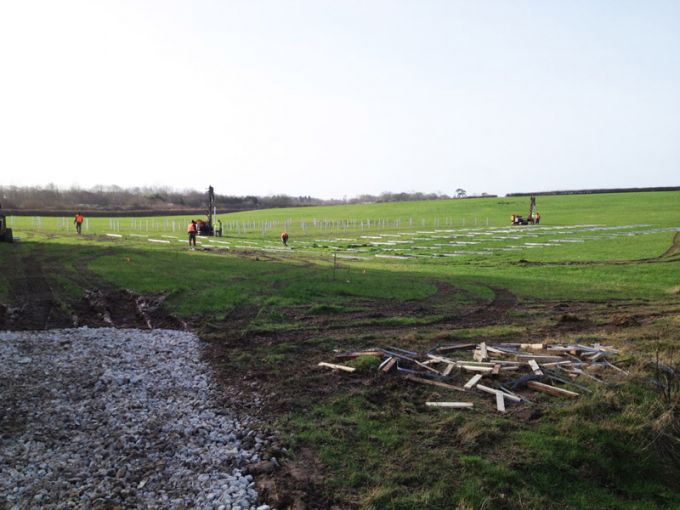 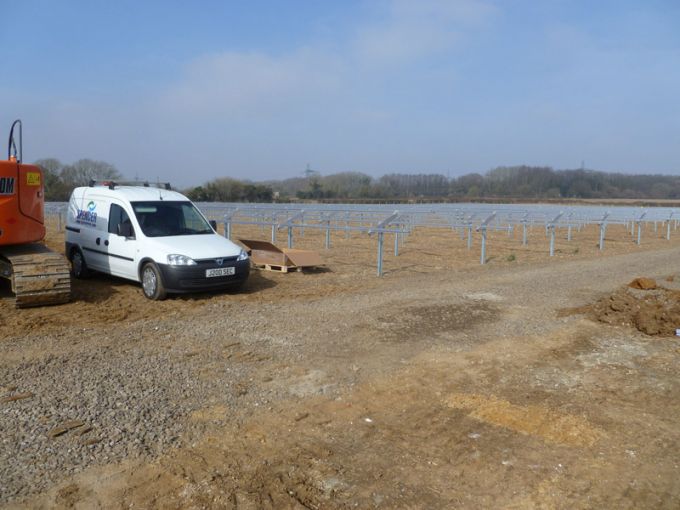 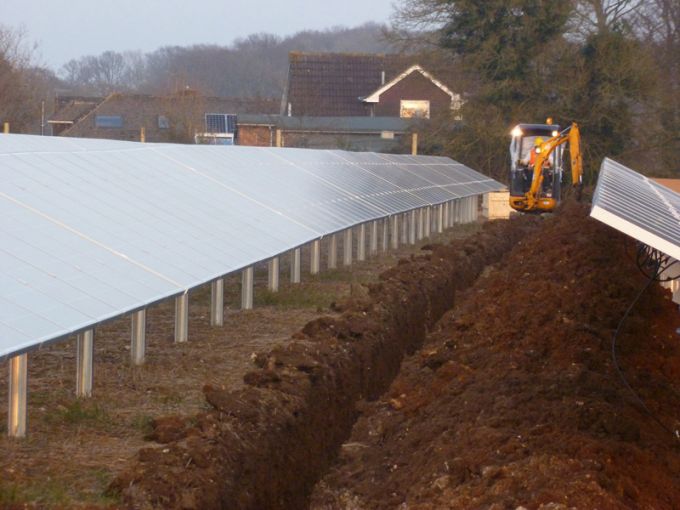 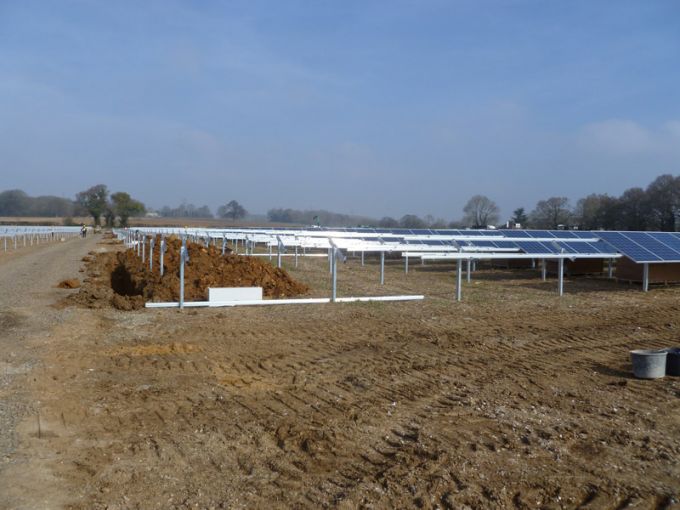 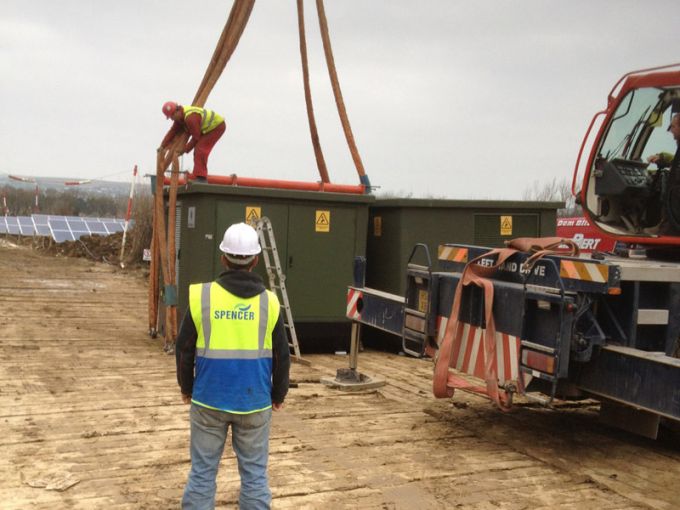 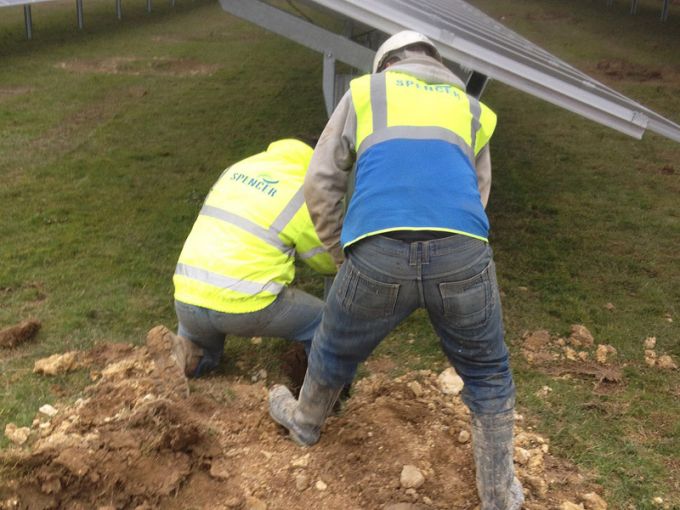