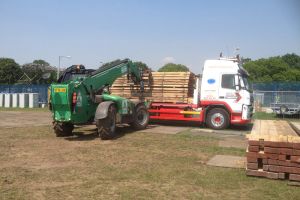 London's 2012 Olympics will go down in history as providing Britain’s greatest ever summer of sport for Team GB.

Held at a series of venues on the eastern side of the capital, plus a number of others that were further afield, the games saw contractors from all over the UK work together to provide their services for various aspects of this huge landmark project. Proudly, Spencer was one of those contractors.

Spencer was called in to provide Timber Mats to protect the ground at Greenwich Park, the venue chosen to host London 2012’s equestrian events that included Dressage, Jumping and Eventing, as well as the riding element of the Modern Pentathlon.

Greenwich is London’s oldest Royal Park, which dates back to 1433 and, as home to the Prime Meridian Line, is a World Heritage site. Its grounds, located 20 minutes from central London, cover 74 hectares (183 acres) and offer sweeping views across the River Thames and beyond St Paul’s Cathedral.

Work on the site began in April 2012, with a temporary main arena built in front of the Queen’s House and within the grounds of the National Maritime Museum. This featured an innovative purpose-built platform made from plywood, aluminium and steel that was held above ground by over 2,000 pillars. Also constructed was a 5.7 kilometre cross-country course that featured 42 jumps and saw riders and horses tackle water obstacles, inclines and descents.

Because of the Park’s significant status, the ground surface had to be protected as much as possible, not only while the games were taking place, but also during the build up and break down of the arena, grandstands, public and competitors’ areas. Therefore, all of the structures and equipment had to be temporary and removed immediately after the games had concluded.

Spencer went on site as soon as work began, ensuring that its Timber Mats were in place to stop the soft ground and grassland from being damaged that could have been caused by the movement of traffic, plant and equipment. As the weeks progressed, the company provided more and more of its products, the project eventually seeing over 30-truck loads of wooden platforms being delivered to the site.

As well as temporary roadways, the mats were also used for: protecting the ground beneath the arena and the grandstands, as platforms for generators and structures - such as lighting rigs, video screens and gantries - plus provide a base for storage areas, portable offices and viewing areas. 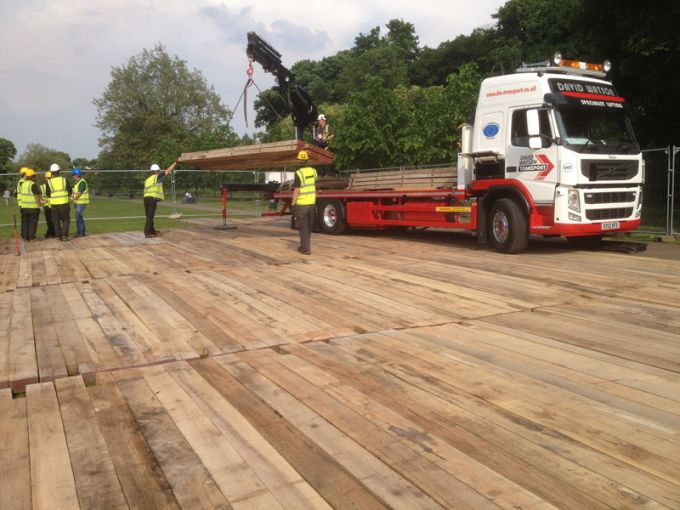 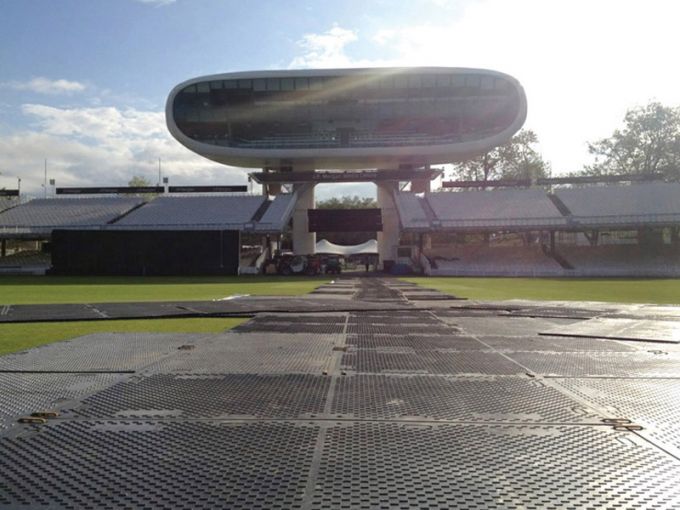 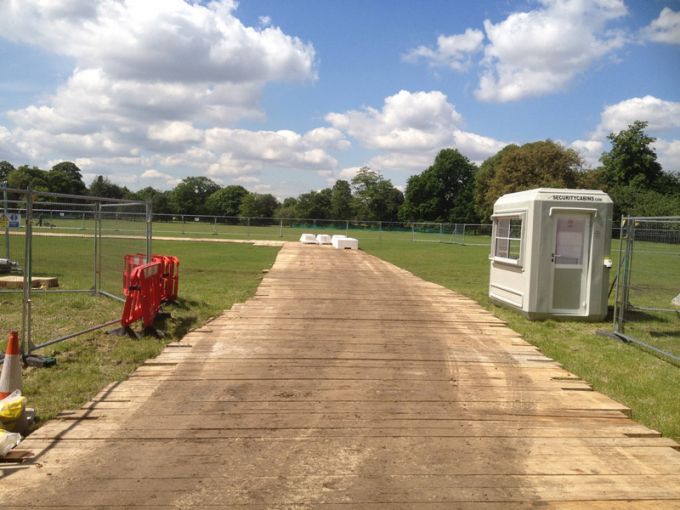 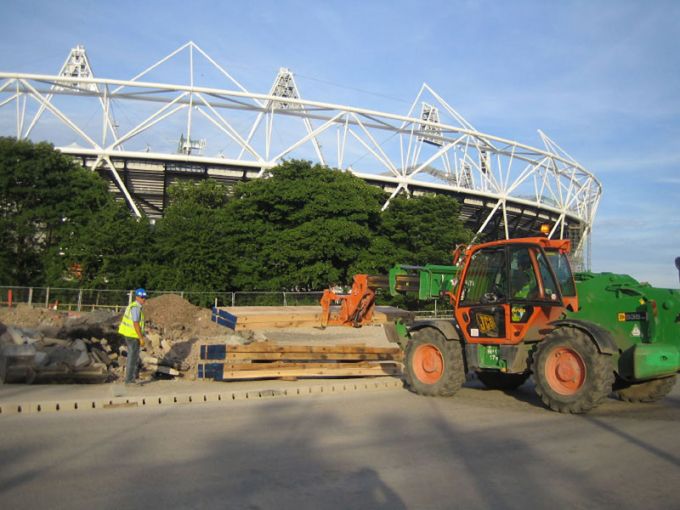